Hey, my name is Khadija, I am an English and History undergraduate student. I will be blogging about my year abroad in France. I am obsessed with History, especially Medieval History and love to read, hence the English half of my degree. Throughout the year I’ll be keeping you updated on all the excitements of living abroad, the differences and similarities to Leicester , and all the things I’ll learn living abroad.

Posted by Khadija in Study Abroad on December 17, 2015

After over 3 months of lectures and seminars, homework and readings, I’ve realised that I’ve actually learnt something during my first semester here. And this realisation did not occur during an exam, or during exam revision, but during my trip to the beautiful French city Nancy. The first thing that I saw in Nancy, apart […] 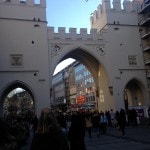 Posted by Khadija in Study Abroad on December 8, 2015

Last Saturday, I ventured over to the land of my friendly neighbours, the Germans. I went to Munich to experience an authentic German Christmas market, and I have to say that it was amazing. It was my first time in Munich and as a history student, it was somewhere that I have always wanted to […]

Posted by Khadija in Study Abroad on November 29, 2015

What the Strasbourg Christmas Market means to me

Posted by Khadija in Study Abroad on November 20, 2015

After the horrible events of last week, it is easy for people to live in fear, to do anything in order to feel protected and safe, especially here in France. Because of this, numerous festive celebrations have been cancelled. For example, the fete de lumiere, which is the festival of lights that happens every year […]

Posted by Khadija in Study Abroad on November 10, 2015

After months of France, I can say that I was very glad to go home this weekend. There was so much that I missed about London, so much that the French could not provide. For starters I missed the queues in England, the French have no concept of queuing, they just stand everywhere, so you […] 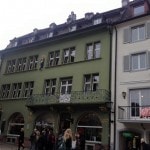 With the arrival of my mum, I thought that it would be a good idea to take her to Germany, more specifically to Freiburg. We took a FlixBus from Strasbourg to Freiburg and it took only 2 hours. Freiburg was amazing, I expected a small old town and although it had aspects of an old […]

Around this time in first year everyone was experiencing the freshers’ flu. But now that I’m in France doing my Erasmus, everyone here seems to have caught the homesickness bug (including me). Before I arrived in Strasbourg, the International Office at Leicester gave a PowerPoint presentation for Erasmus students and told us that we would […]

Posted by Khadija in Study Abroad on October 2, 2015

During my first month in France, I kept referring back to this phrase as my ‘get out of jail free’ card. Eveytime I was in a situation where I had to think about what I had to say in French I’ll just say ‘je ne parle pas Francais. Parlez-Vous Anglais?’ The reason I did this […]

Posted by Khadija in Study Abroad on September 18, 2015

In the last 17 days that I’ve been in Strasbourg, the one thing that has become apparently clear is that England spoonfeeds it’s university students. In Strasbourg, the phrase “you are on your own” has defined my experience so far. I thought that I was independent whilst at Leicester, I had modules to choose from, […] 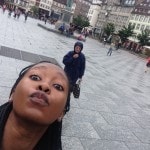 Posted by Khadija in Study Abroad on September 6, 2015

It’s been almost a week since I landed in Strasbourg and I have to say that I am still in love with this city. This week has been the most stressful week that I’ve had in a long time and in spite of this I still love this city. It’s absolutely beautiful. The architecture reminds […]