So I’ve been debating whether or not I was going to write this blog, and after contemplating it for over a week, I knew that I had to. Its so sad that in the 21st century we (black people) still have to fight for civil rights almost 60 years after the Civil Rights Movement. This […]

I will not get an American accent!

In light of my recent blog posts being a little on the intense side of things, I thought I’d lift the mood with this next one. While I was in the UK over Christmas, it reminded me just how much I’d missed it. Not in a way that makes me homesick while I’m not there, more in […] 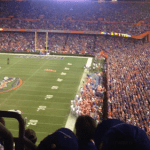 Being a Brit in the States, everything seems the same but a little bit different. And any time something about England or the UK appears in an article on Facebook, I have on average 3 separate people send it to me. Yesterday I got sent this Buzzfeed article profiling an American man (Scott Waters) who visited England and […]

So after finally arriving on U.S. soil in Atlanta I am currently sitting my way through a mammoth six hour lay-over before my connecting flight on to Dallas. Since I have Wi-Fi (not sure when the next time I can connect will be) and a lot of thoughts I have decided to update my blog. […]

Having endured a much-delayed 16 hour trip home, starting at LAX and ending in Newcastle airport (bit of a contrast to say the least..) I finally made it home on Tuesday. It hasn’t really set in yet that I won’t be waking up to the Long Beach sun every morning anymore  – in my mind I’m […] 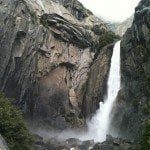 Yosemite National Park  After having acquired a taste for National Parks (see my earlier blog post on Joshua Tree), whilst my family were visiting California we decided to check out perhaps California’s most famous park, Yosemite. Covering a huge area of almost 750,000 acres, we were only able to see a few parts of it, whilst […] 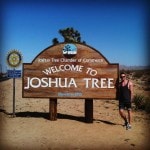 Following a weekend at Coachella Festival, my brother and I decided to stop off at Joshua Tree National Park on the drive back to L.A. At the time of visiting, this was the first National Park I had been to in America, having heard and read much about the 59 public park areas that the […] 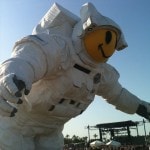 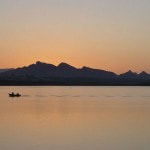 Okay, so admittedly I seem to have taken an inadvertent hiatus from this blog, mainly due to a pile up of work and midterm exams and more recently, because of spending Spring Break in Arizona. Since the latter of these two things is certainly the most interesting, I’ll make that the focus of this post. […]