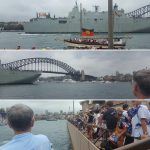 On 26th January 1788, the First Fleet of convict ships from Great Britain, led by Captain Arthur Phillip, arrived in Australia and the Union Jack was raised at Sydney Cove. Today the 26th of January is known as Australia Day which is a day that celebrates Australia’s diverse society, achievements, what’s great about being an […]