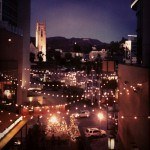 The lack of activity on my blog recently is due to the fact that the semester is coming to a close, which obviously means exams and deadlines. However (without wanting to jinx anything, since I still have one exam left) I have to admit that I’m finding the work here a lot easier than back […] 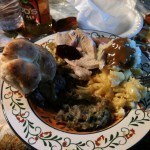 It’s Sunday, which means tomorrow is Monday, which also means I’m back at Uni after having the best part of a week off for Thanksgiving. Often a contentious holiday given the historical blackmark of America’s unjust treatment of the Native American population, Thanksgiving in modern-day America is very-much removed from these connotations, whether for better […] 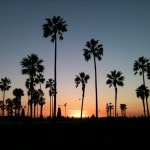 As I’ve mentioned in previous posts, travelling around states, never mind cities, in America is difficult without having access to a car of some sort. Thus whenever a national holiday rolls around (and believe me, there are quite a few) my flatmates and I jump at the chance to rent out a car and […] 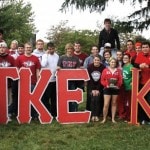 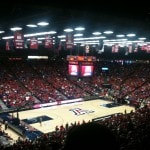 In true American style this weekend me and a couple of my flatmates embarked on our first road trip. After studying the American convention of family road trips in my American Popular Culture class, I was both excited and daunted at the prospect of a potential eight hour car-ride to the Tucson, Arizona. The road […]

You can take the boy out of England…

Truthfully, I’ve been putting off writing this blog for a while now, largely because I’d hate to sound ungrateful or homesick, of which I’m neither. Also, due to the fact that it might end up strikingly similar to my last blog… Therefore I’ve been biting my tongue not to utter those three dreaded words: ‘I […] 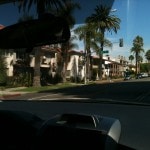 We may speak the same language, but…

So Uni work has kicked in over the last week or two, eating up my social life and making my life in California slightly less exciting, hence the lack of any posts recently. I would apologise, though I’m feeling more sorry for myself at the moment, since the volume of work you’re expected to do […] 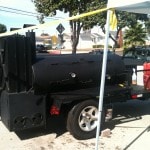 No work on Labor Day

I’ve just taken my third shower of the day. Now, that’s not entirely relevant to the title post, but context is always important. Let me explain: it’s hot here, very hot. It’s the kind of heat that turns the minimal physical exertion involved in pouring a bowl of Lucky Charms for breakfast (which are worryingly, […] 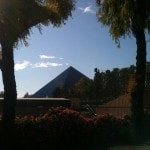 After being in Long Beach for a week it’s already difficult to recall everything I’ve done so far, although a lot of it has in fact been fairly tedious, such as trying to buy a bed and trying harder to deal with the study abroad office at my American University, who unfortunately leave a lot […] 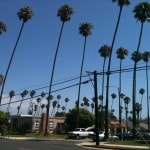 24 hours, 3 flights and a fair few Heineken’s later, and I’ve made it to Long Beach, California. Though any anticipatory excitement that had been building inside me during the long journey was severely numbed by the elongated wait at customs – a truly nerve-wrecking experience. It definitely didn’t help that the airline left my […]