I will not get an American accent!

In light of my recent blog posts being a little on the intense side of things, I thought I’d lift the mood with this next one. While I was in the UK over Christmas, it reminded me just how much I’d missed it. Not in a way that makes me homesick while I’m not there, more in […] 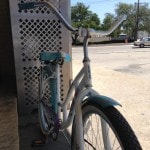 Hello readers! Wow time really does go fast, doesn’t it? Hard to believe that it has been more than four weeks since I moved in to my new home for the next eight months. Most of these four weeks have been spent starting classes, settling in, making friends, and trying to get around. I’m lucky […]

So after finally arriving on U.S. soil in Atlanta I am currently sitting my way through a mammoth six hour lay-over before my connecting flight on to Dallas. Since I have Wi-Fi (not sure when the next time I can connect will be) and a lot of thoughts I have decided to update my blog. […]