Watching the Election from the other side of the world

When you’re on a Year Abroad, you get used to watching everything back home from a distance – watching friends push through the final year of university towards graduation, seeing the aftermath of terror attacks play out in the news, looking on as the country celebrates achievements in sporting events like the Olympics, and, most […] 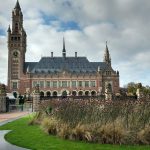 Posted by Maria in Study Abroad on November 4, 2016

The end of the exams week was dearly embraced by everyone here in Maastricht. One of my friends and I decided to celebrate it by taking a one-day trip to yet another beautiful Dutch city: the famous Den Haag.      The Hague is situated on the Western Coast of the Netherlands and […]

How to survive an EU law exam

Yesterday I had my first exam at Maastricht University and it was on EU law. Now, those of you who have had to deal with EU law in the past can probably understand why I decided to write a whole blog post about it. It’s a hard nut to crack! The EU law […]

A Road to Hell, Paved with Good Intensions.

If a hell was to exist, it wouldn’t look a great deal different to the state of our prison system. BY JOSEPH A valid presumption it would be, in presuming not all readers frequently trapes around the deep dark cavities of the internet in search of the latest prison reform policies. Understandable, such ‘ought to be’ […] 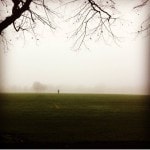 Today, The Guardian published their shortlist for Photographer of the Year – 2015. Generally when we think of professional photographers the image that springs to mind is taking photographs of beautiful men and women for fashion and beauty magazines, or paparazzi taking snapshots of the stars at red carpet events. That’s the glamorous definition of […]