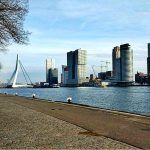 My travelling adventure in the Netherlands continues with the famous city of Rotterdam. Second biggest city in the Netherlands, both in terms of its territory and  population, Rotterdam is famous for being Europe’s largest port. It is a city that combines the old with the new, in a nice way, although I must […] 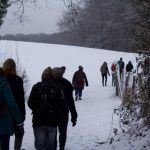 The new little town that I have added to my list of visited Dutch places is Vaals, also known as Drielandenpunt (“three country point”) in Dutch, Dreiländereck (“three country corner”) in German, or Trois Frontières (“three borders”) in French. This is the town where three different countries – the Netherlands, Belgium and Germany- meet, and it is […]

Counting periods: the academic year structure in the Netherlands

One thing I remember being very confused about when I was searching for information about studying in the Netherlands is the way in which the academic year is structured. So, in order to save some trouble to those of you who are interested in studying/are going to study here, I have decided to […] 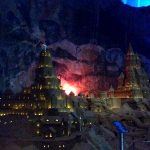 Posted by Maria in Study Abroad on January 9, 2017

This is one of those late posts that I should have written a few weeks ago, but I ask you to please pardon my delay. In my defense, I got a good mark on the history exam that kept me busy for the first half of December and then holidays began. So, in […] 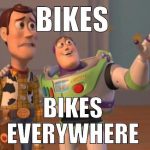 Cycling in the Netherlands

If there is one thing I love about the Netherlands is the fact that everyone here cycles! Cycling is so ingrained in the Dutch culture, that saying something bad about it here would probably lead to you being kicked out of the country. The Dutch have even taken cycling to a whole new […]